Yesterday I watched David Cameron outside 10 Downing Street, being calm and dignified in the face of overwhelming political defeat. This was something my generation grew up with and took as read – that an Englishman would be generous in victory and gracious in defeat. That was ‘only cricket’. I can’t say I’m a fan of Westminster, politicians, the establishment or the political élite but he managed that particularly sad situation just as you – or we, in earlier times – might have expected an Englishman to do.

So whatever happened to the rest of us?

Last night I watched a young, white woman drown out an elderly academic during what was supposed to be an interesting political discussion on the results of the Referendum. He was an old, white man, she shouted, and that was why he felt entitled to talk over her and steal her air time. I suppose technically she won since she got all this in before the interviewer could moderate her. Yes, she succeeded in being sexist, ageist, racist and cruel in a single sentence and stunned the elderly academic into silence. He had been trying to say that in a democracy we each have one vote. Where did this sense of entitlement come from? Did she think maybe that people under forty should have two votes, and those over forty none?

This morning I went out in the car for a while. When I came back my neighbour was out in the front garden. He and his wife are retired prison warders and since retiring they have been spending more and more time at the house they are building in France: they had returned just in time to vote.

They and I have history. When I first moved to this area I was told – by another neighbour – a horrible story about the male prison warder. It may or may not have been true, but at the time I believed it. There was so much ghastly detail attached; how could I not give it credence? I was told that he killed one of a neighbour’s cats with an air rifle, because he didn’t like cats and it came into his garden. I was told he got rid of the creature’s body in the Council’s green bin and then laughed about it, boasting of what he had done.

Anything to do with animal cruelty horrifies me. I can’t abide it. Until then my cats had roamed freely out of doors: that ended that night. At ten o’clock at night, with a torch, I rounded up my whole feline tribe and have never dared let them go outside since. If one of them does escape, as of course happens at intervals, I spend the many hours it takes to find them and persuade them to come back indoors in a torment of anxiety, imagining that at any moment they might get shot from a bedroom window.

And yet, over the years, though I wouldn’t say we’ve got to know each other any better, we have come to an unspoken agreement. I still don’t know if the cat-murder story is true, and probably never will know, but we talk to each other now, in passing. He asked if he could come into my garden to prune his roses from the other side of the fence. When, during a gale some time back, his roof sent a ridge tile crashing through my car windscreen, he and his wife knocked on the door, came in and paid me, unasked, for the inconvenience this had caused.

This morning we chatted about his impending move to France, and mine to the far side of the county. During the talk it became clear to me that we had voted in opposite directions in the Referendum. I carefully adjusted anything I might have said. He carefully avoided saying anything that might require me to confirm which way I had voted. We talked generally about immigration and about people’s motives for voting Leave or voting Remain in this neighbourhood. We talked about the endless legal delays and complications involved in moving house. I told him I was dreading mowing my lawn, which had grown so long recently the mower was unlikely cope with it. He laughed and said he had had to take the strimmer to his, having been away in France so long. We talked but we kept it general; we steered the conversation onto safer ground. 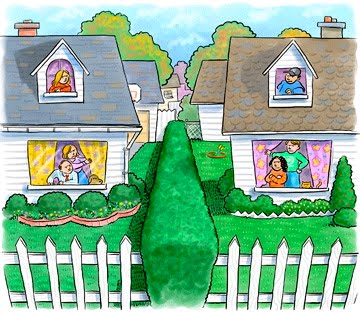 That’s what British people do – or what they used to do. We avoid confrontation.  Along with the Japanese – another overcrowded island race – and, I gather, the indigenous peoples of Australia – we practice something called negative politeness.

There are things both parties to a conversation know, but avoid putting into words. We avoid asking the other person any question that might conceivably embarrass them – even if it wouldn’t, and they are in fact just dying to tell us what we are just dying to find out.

We proceed on the assumption that the speaker is imposing on the listener, and that this imposition should be prefaced by elaborate apologies. We go to great lengths to avoid putting the other person in an awkward position.

We tread delicately, gently alluding rather than baldly stating, mentioning the unlikely possibility of rather than directly asking for. Occasionally we become so veiled in our allusions that we give bewildered visitors the impression that we are talking in code, which of course we are, in a way.

As a nation we have many faults but we used at least to be kind – courteous to one another and to strangers, anxious above all not to give offence. What changed, I wonder, and when? 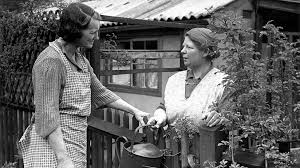 11 thoughts on “No prophecy at all, just sadness”