You see, I’ve always been tormented by the following thought: that there is no point at all in doing anything, really. Every now and then it strikes me quite forcibly that whatever we do is utterly pointless since we are going to die. Why put any energy at all into doing anything, when for all the difference it makes one might as well curl up in a resentful ball on the living room carpet and simply wait for time to pass until inevitably the living room carpet and one become one i.e. so much indistinguishable dust?

I suppose this is a philosophical dilemma, and no doubt somebody gloomy and incomprehensible like Schopenhauer or Kant has already disposed of it. Or possibly Sartre…didn’t he and his Existentialists say something to the effect that life is totally meaningless and therefore we must create our own meaning? You see, that’s the problem, for me. I can’t randomly, artificially invent a purpose for my existence or a meaning for life in general. Either there is one or there isn’t. Part of me thinks that the only logical response to finding oneself alive for no obvious reason would be Bertrand Russell’s ‘unyielding despair’.

But unyielding despair is unpleasant and one is forced to distract oneself from it as much as possible. The only thing that distracts me is writing, and there it is.

It may be that each of us is gifted one consolation – one thing with the magical power to make everything right, for a tiny while. But this is so odd because of all the things you might be doing to distract yourself from the gloomy inevitability and pointlessness of human existence, writing is about the most useless. What is writing compared to, say, volunteering to help children in war-torn countries? What is sitting around with pencil and paper and, fitfully, making stuff up compared to cooking Sunday lunch for your extended family or painting one wall of the bathroom in Prize Plum? (Which goes well with Magnolia, as the wrinkly-and-probably-famous chap in the advert says.) 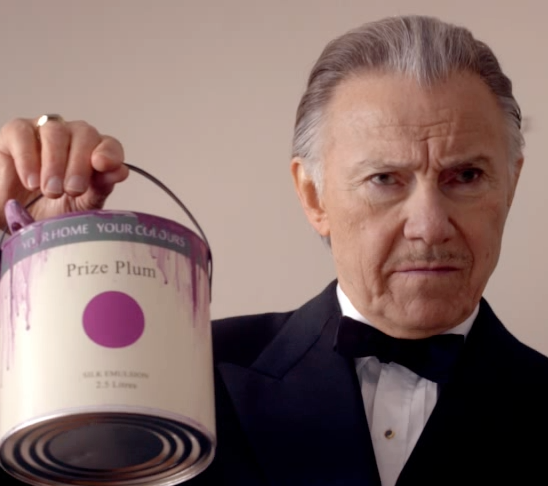 However, it seems to be the case that when the faint outline of a story materialises inside my head, when I write a single sentence, cross out one word and substitute another – for those few seconds all has become right with the world. It and I – whatever It is, and whether It exists at all – are in synch. I have a purpose. I am alive.

Unfortunately, most of my ideas come to me when I can’t write them down, and especially when driving. Wasn’t J K Rowling on a train from London to Manchester when she got the plot for the entire however-many Harry Potter books, but had nothing to write them down on? Lesson 1: never have nothing to write things down on. Either that, or have a phenomenal memory and high tolerance for stress.

So, yesterday, driving, I got an idea for a story about a cupboard – bit like the wardrobe in The Lion, the Witch and the Wardrobe except that there was no rear exit through the fur coats, as it were, i.e. it wasn’t your classic portal to a fanciful other world, it was more like – a place that retained memories and eventually…retained you.

And then I thought, so what does this cupboard symbolise? I mean, come on Linda, what is He trying to tell you here? What is the cupboard and why are you contemplate locking yourself in it? I should mention that my Subconscious is a He. He wears a long black coat and hides his face, communicating with me by way of stories, poems, dreams and funny little flashes of places I have never seen and selves I can’t remember being – or maybe haven’t been yet.

And after a while I thought (changing gears, negotiating tight bends and traffic lights the while) what if it wasn’t a stationery cupboard but something considerably more gruesome like one of those formaldehyde-smelling rooms scientists keep diseased organs in, or frogs with fifteen legs, or entire Victorian babies? I remembered such a room from school – it was where the lab assistants sat around looking bored, or removed your nail varnish with neat acetone. All these bottles. Yellow. Strange things floating about in them. Fascinating. What would a room like that be called, now? The Specimen Room?

(Note to self, Google this when have access to the Fire and hands not required to be on steering wheel). But – no, maybe the stationery cupboard has more scope.

But the room with the formaldehyde babies, that would be a joy to conjure up. Now, how to convey the suffocating stink of formaldehyde…

And thus am I distracted from the pointlessness of all existence for a tiny while. Maybe the living room carpet can wait for a day or two, while I write it…