This phrase – famous from mugs, biscuit tins tea towels and whatever – was invented by the British Government in 1939 just before the start of the Second World War. It was a motivational poster intended to carry the British populace through such horrors as the Blitz, and to remind them that the British were famous for their Stiff Upper Lip. I can’t imagine what a Stiff Upper Lip looks like, in practice, can you? How did they communicate, with all that stiffness going on?

For some reason, in spite of the Blitz actually Happening and turning out to be Even Worse than Anybody Could Have Imagined, the poster was hardly used.

I was thinking it’s a bit like that now. Still no motivational poster, while we wait, with a growing sense of Foreboding, for those superpower idiots to stumble into bombing and nuking – or maybe horribly gassing and poisoning – the hell out of one another, presumably in and around what’s left of Syria. And in the meantime a military grade nerve agent, apparently capable of wiping out the entire population of the UK, is used on a former Russian spy and his daughter on the quiet streets of – of all places – Salisbury. Until now, nothing of note ever happened in Salisbury. People who don’t live there are not even sure where it is. It was just getting on with things, minding its own business.

But we are the British. We possess Stiff Upper Lips. We Keep Calm and Carry On. Apparently. But it seems to me that that is what ordinary people, everywhere, tend to do. Mostly.

My Mum had what they then called a Nervous Breakdown, around the time of the Cuban Missile Crisis. At the time I wasn’t aware of the Cuban Missile Crisis, and only aware of my Mum’s Nervous Breakdown because it involved what seemed to me like Years of lying on the sofa taking aspirins every four hours, and Nan coming along the road to do Mum’s housework after she had done her own, and me getting ignored and understanding that this was all My Fault. Indeed, my father told me it was My Fault. Mine and my sister’s, for fighting so much.

The thing Mum was most worried about, she told me later, was the Atomic Bomb. The Atomic Bomb was about to fall on all of us, any day now, and we would be just like the people in Hiroshima, reduced to piles of smoking ash, black shadows on walls or irradiated to death. Now we all live with that, don’t we? It’s got old and tired, and we no longer have Nervous Breakdowns over it. Indeed, we no longer have Nervous Breakdowns. We get Tired and Emotional, or we suffer from Exhaustion and have to book ourselves into some Clinic or other, for Cognitive Therapy.

All over the world, we carry on; we wash the dishes and put out the rubbish; we feed our pets and fill in our tax returns; we grumble because the bus hasn’t turned up – again; we wonder whether we should mow the lawn, or is it too wet still? There is nothing whatsoever we can do about the Bigger Picture: having no power to do anything else we focus on our postage-stamp lives and hope that somehow or other Armageddon will give us a miss.

Yesterday – apropos of nothing, or something, not sure – I took Fifi to the vet to get her claws clipped. For months she had been hooking up on one bit of furniture or another. It was time. But Fifi didn’t think so. Fifi is a tiny tabby, old and kind of frizzy looking, but on the nurse’s table she turned into a Wild Beast. It took two nurses to hold her, plus the application of a teensy-tiny muzzle that covered her whole face so she couldn’t see and being wrapped in a thick blanket. The nurses wrestled with poor Fifi, whose snarls and spitting could be clearly heard in the waiting room, and finally the claws were clipped. “If only you could have just Kept Calm, Fifi,” said one of the nurses, “it would all have been over with in a few seconds.”

But cats, unlike humans, are not programmed to Keep Calm And Carry On. 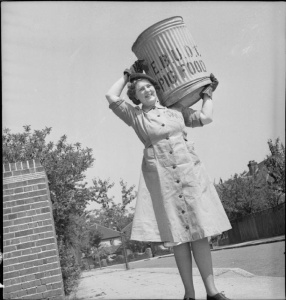 14 thoughts on “Keep Calm And Carry On”

Seasonal Living - with a family of seven

LOOKING FOR A GOOD READ? TRY MADEKESIWORLD: with vibrancy touching on all aspects of an African society

Always in the Write
The Stray

A common ground for literature.